My old default style was starting to tire me out.  I’ve changed the default font and tweaked some of the general style for the site to spruce it up a bit.

If I feel brave enough, I might just whip up an entirely new set of style and create another dynamic style link at the bottom of the page.

Oh yeah - I’ve also got three more Gmail invites to give away.  If you’re interested and happen to notice this, leave me a comment with your full name, email address and website/blog (if applicable).

Just finished watching Season 1 of B5 on DVD tonight.  Chrysalis (the final episode of S1) is fantastic.  If you have the opportunity to watch the DVD set, take it!

One of the most interesting things about the series is that it coincided with the birth of the web.  The Lurker’s Guide to Babylon 5 was probably one of the first pages I hit on the web.  Strangely enough, the site is pretty much the same as it was a decade ago- save for some recent updates of course.

On the other hand, feel free to skip the episode “Grail” in season 1.  It’s absolutely terrible: probably made the cut originally because of the CGI alien bit they talk about in the guide.  The rest of the episodes range in quality from good to excellent.

I’ve been surfing with Firefox 1.0 for a few days and it absolutely rocks.  Some of the really cool stuff: 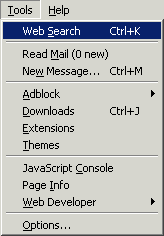 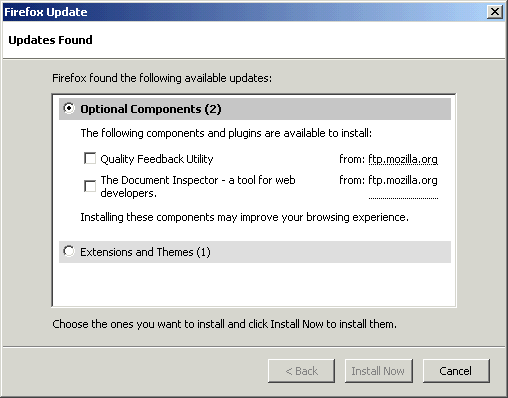 I keep finding new and funky features in Firefox that have been added for 1.0.  This release is going to absolutely rock.

I’ve been doing bits of work here and there on the cabinet.  Here’s my revised phase one to-do list with completed items crossed out (they may not appear crossed-out in my RSS feed).  Stuff that I decided not to do, or decided to modify or added since the last list is in red:

I’ve done some of the T-moulding grooves and installation, but I’ll leave it as unfinished until I get around to putting it in entirely.

The nprof 0.9 alpha release is now available. This release will fix the problems with profiling .NET applications that spawn other .NET applications, as well as improving the GUI in a number of places.

Here’s some screenshots from the new release: 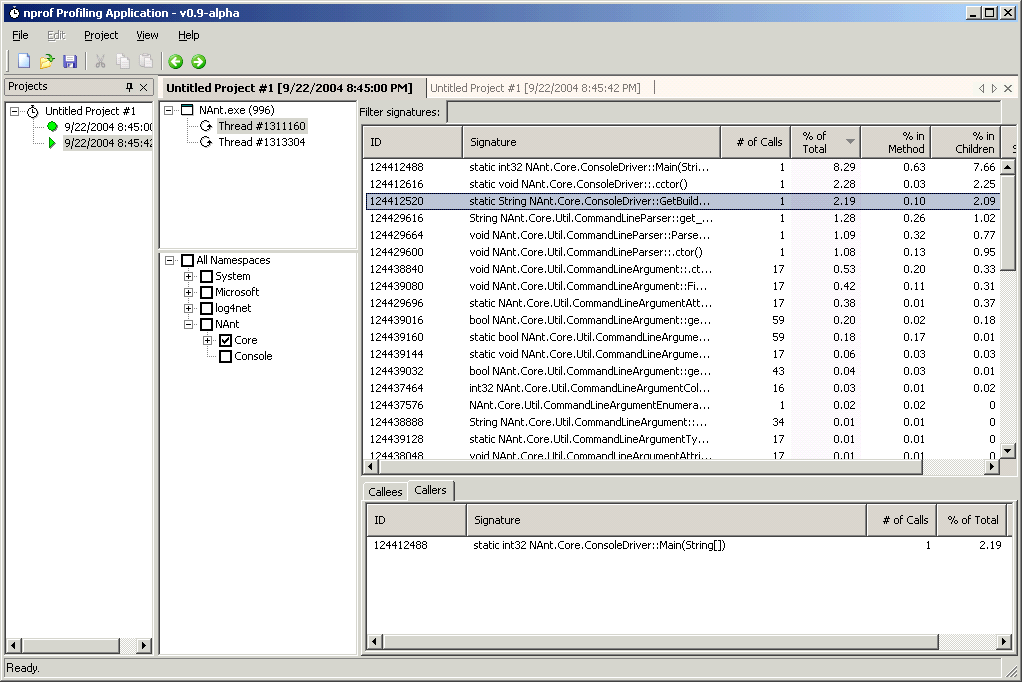 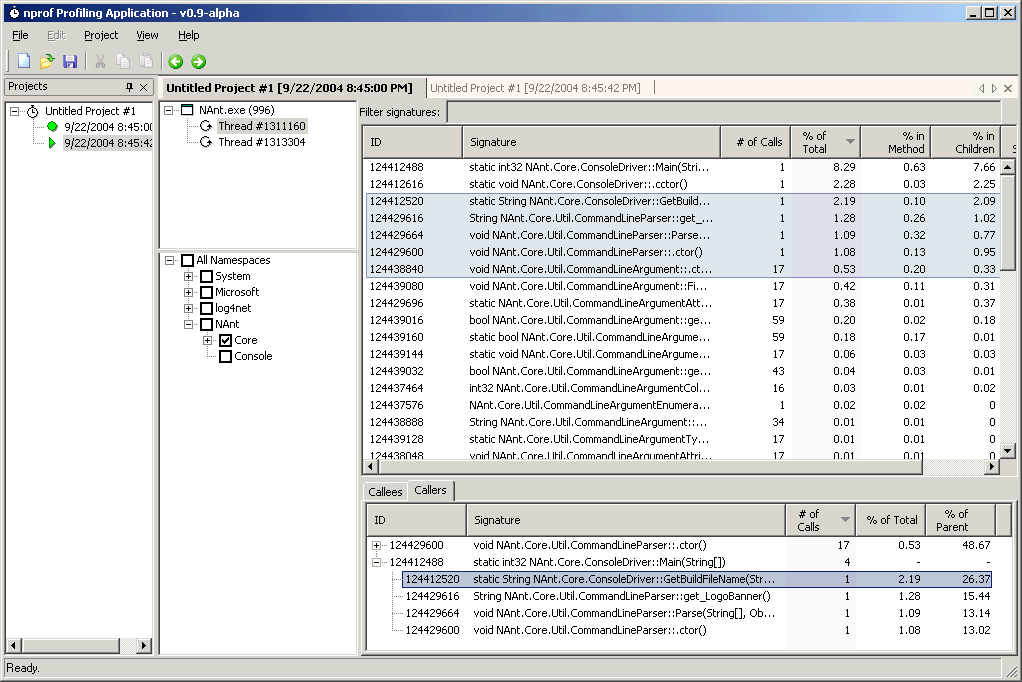 If you use Firefox (you are using Firefox, right?) and you do anything even remotely related to web development - including maintaining a blog - you must download the Web Developer Toolbar.

This toolbar allows you to do everything from disable images to editing CSS live or even viewing response headers.

If you’re editing CSS, it opens a sidebar with the current stylesheets loaded in separate tabs on the left.  As you type in each stylesheet, the styles are updated on the page to the right.  You can save and load stylesheets for future editing purposes.  It’s handy for checking out a site to see how they pulled off a CSS trick.

Another nifty trick is viewing block sizes in your document.  It applies a border to all of your display:block elements and places a tooltip-like label in the top-left corner of the block with the size information.

I could list every feature in this application, but it would take a few dozen posts.  Check it out!

I repackaged nprof 0.9 to include the missing msvcr70.dll that didn’t make it in the first time. With any luck, this should fix the issues with loading DotNetLib that people were having.

GrokLaw is just reporting that Microsoft’s FAT Patent has been rejected.  This is good news!  Check out the story on GrokLaw, or read the good bits here:

NEW YORK – In the reexamination proceeding initiated earlier this year by the Public Patent Foundation (“PUBPAT”), the United States Patent and Trademark Office has rejected all of the claims of Microsoft’s patent on the FAT file system, which Microsoft describes as “the ubiquitous format used for interchange of media between computers, and, since the advent of inexpensive, removable flash memory, also between digital devices.”