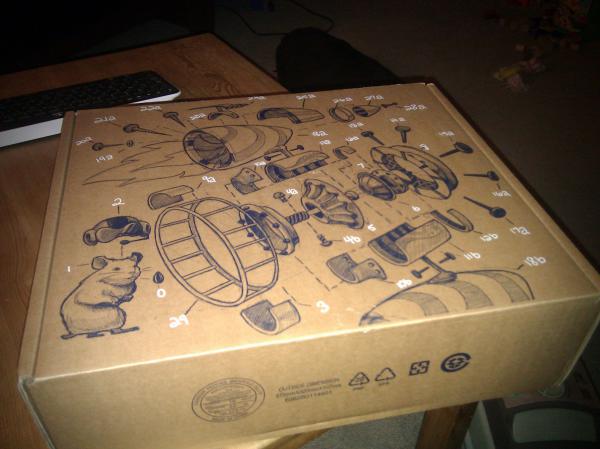 A box showed up earlier this week in the mail with an interesting set of markings. It wasn’t a big surprise - I’d been eagerly anticipating the arrival of a Cr-48 since it was shipped late last week.

Inside the box was the netbook, a set of instructions and the new set of Cr-48 decals. The decals are pretty flashy and look good, but I figured I’d wait a bit before putting them on (hey, this thing looks pretty good as-is). 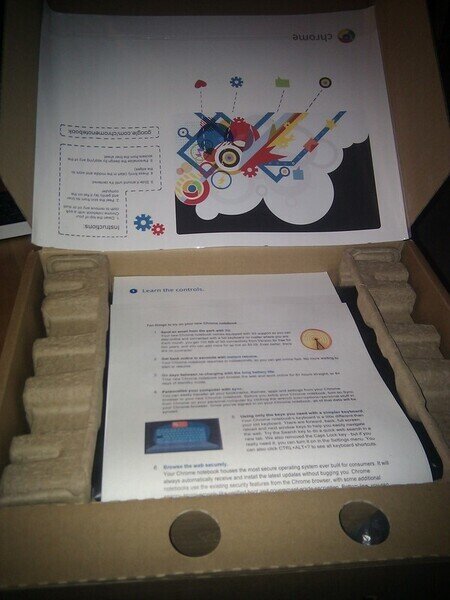 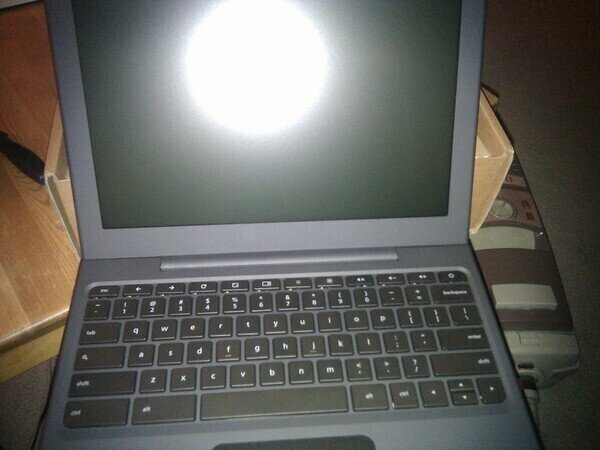 The first thing you notice when starting the netbook up is that it’s fast. Pushing the power button to the firstboot or login screen is a matter of seconds. It’s the same while signing out or powering down. Oh, and the power button functions as a signout key as well. Hold it for a few seconds and it signs you out. Keep it held down a few more seconds and it powers down.

There aren’t a lot of surprises on this box. It’s basically a giant battery strapped to the Chrome browser. The battery is pretty amazing. Popping the power cord out yielded a runtime of just under eight hours when I first got the machine. A few discharge/charge cycles later and it’s sitting at more than eight hours.

Overall, the hardware is pretty decent. It’s an Atom N445 processor with 2GB RAM. It has 16GB of onboard solid-state storage. For comparison, the Dell Inspiron Mini 10 I just bought had a similar processor, but half the memory and way more storage (albeit spinning bits instead). The screen is really great and the keyboard is very comfortable to use.

I’ve heard bad things about the trackpad on the Cr-48. It seemed to be working well after I first started up the machine, but over time it’s clearly shaping up to be the weakest part of the system. The trackpad is unreliable at times. It gets stuck in a clicked state at time, where it thinks that you’re holding a finger down and moving a finger around starts selecting things. Other times it fails to recognize the two-finger right-click, making for a frustrating experience trying to copy and paste from one place to another.

Aside: I swear that when I first got this machine, the trackpad didn’t support the ability to click and drag by pushing down on the whole trackpad with one finger and dragging the other. This is working now and I can’t explain it. *shrug*

The Chrome browser runs fairly well on this hardware given the size of its CPU, but it’s definitely not as slick as Chrome on my Macbook. It can start to feel a bit sluggish when you end up with a number of tabs open. Sites that use position:fixed or background-attachment:fixed are terribly slow to scroll as well. I imagine that future versions of the OS will bring hardware-accelerated compositing to scrolling.

The netbook supports multiple users, but it can’t support more than one user logged in at a time. That’s likely to avoid having more than one user hogging the limited resources of the box. I’d really love to see something along the lines of tab hibernation used, instead of forcing one user to log out to let another log in. Once a user signs out, the state of their session should be persisted to disk locally and restored after they log in again.

I’ve been trying to get used to a world without any apps beyond the browser. It’s tough. I set up Guacamole to get access to a Linux desktop where I could run a bunch of applications that I need access to. As a developer, I can’t really live without a few desktop apps. If there were a way for me to get access to the applications on my desktop remotely, I’d be bringing this netbook everywhere instead of lugging around the much heavier Macbook Pro.

Overall, I’m really impressed with the ChromeOS netbook. It feels designed, not just made. I’m confident that a lot of the issues I’ve seen can be fixed in software updates. There are probably a lot of people that could make a switch full-time to this netbook. I’m not one of those right now, but I’d love to use something small like this for more of my computing needs.

This blog post was composed entirely on the Cr-48, including the awkward dance to download my previous Cr-48 pics from Twitpic and upload them into Wordpress.

Back when I first started SSH (around the RedHat 4.x days), I’d occasionally be connected to another host via SSH when the host or the network connection would suddenly lock up. I’d end up trying to figure out which SSH process was the one that was frozen and kill -9ing it. That is, until someone showed me how to use SSH escape sequences. Occasionally I see people talking about killing frozen SSH sessions and it reminds me to pass on this tip.

You can get a list of escape sequences by typing “~?” after a newline:

These escape sequences will work, even if the underlying TCP/IP connection is toast and SSH seems completely unresponsive. If SSH isn’t picking up your escape sequences, make sure that you’re hitting the enter key first. It won’t pick up escape sequences in the middle of a line.

As a way of getting better acquainted with the ARM-based devices cluttering up my desk, I picked up this gem of a textbook at Amazon: 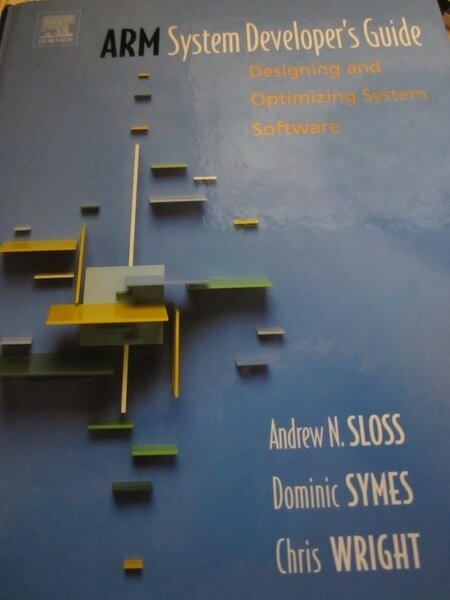 Reading through the interrupts section reveals an implementation of Inception on the ARM platform: 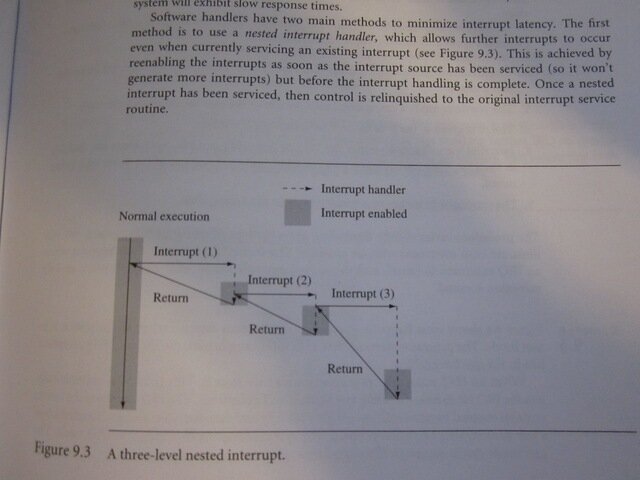 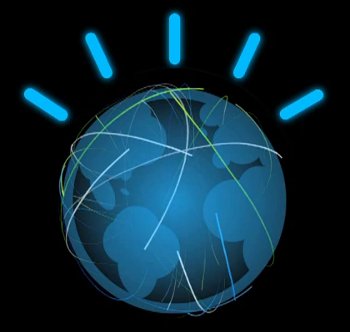 In Robert Heinlein’s 1966 novel, The Moon is a Harsh Mistress, one of the main characters is named Mike, nicknamed so after Mycroft Holmes in a short story written by the same Dr. Watson, before founding IBM:

Mike was not official name; I had nicknamed him for Mycroft Holmes, in a story written by Dr. Watson before he founded IBM. This story character would just sit and think—and that’s what Mike did. Mike was a fair dinkum thinkum, sharpest computer you’ll ever meet.

Mike is a computer, of the HOLMES IV (High-Optional, Logical, Multi-Evaluating Supervisor, Mark IV, Mod. L.) variety. And it turns out that Mike is designed to answer messy natural-language-type questions:

Remember Mike was designed, even before augmented, to answer questions tentatively on insufficient data like you do; that’s “high optional” and “multi-evaluating” part of name. So Mike started with “free will” and acquired more as he was added to and as he learned—and don’t ask me to define “free will.” If comforts you to think of Mike as simply tossing random numbers in air and switching circuits to match, please do.

By then Mike had voder-vocoder circuits supplementing his read-outs, print-outs, and decision-action boxes, and could understand not only classic programming but also Loglan and English, and could accept other languages and was doing technical translating—and reading endlessly. But in giving him instructions was safer to use Loglan. If you spoke English, results might be whimsical; multi-valued nature of English gave option circuits too much leeway.

There’s one big difference between the two: in the story, Mike “wakes up”.