There’s been some speculation about Apple moving to ARM in some of its MacBook products. This has been largely dismissed as pure rumour by a number of folks: the costs to developers of adding another platform to the universal binary format (“universal trinaries”) would be prohibitive. On top of that, the difficultly of emulating x86 or x64-compiled code on a purely ARM platform with reasonable performance would be a very challenging task.

That’s not to say that it’s totally impossible for Apple to take advantage of the potential power savings of making an ARM switch.

The focus has been on Apple switching entirely from the x64 platform to the ARM platform. I don’t think this is a feasible approach, however. It requires a bit of out-of-the-box thinking instead. Here’s how I think it could happen. 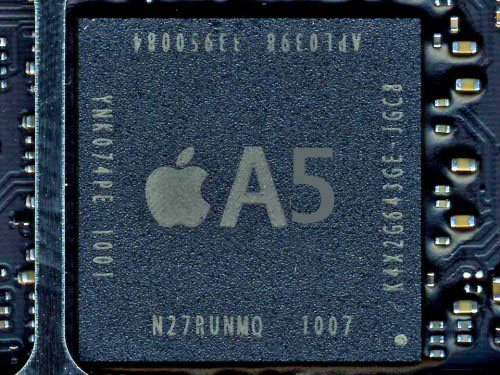 There is a fair bit of space on inside of a MacBook compared to an iPad or iPhone. Apple would use some of this space to drop one of the A5 chips on the motherboard next to the Intel chip, effectively buildly themselves a hybrid ARM/x64 system.

This A5 would be an integral part of the new MacBook design. In fact, it would run the entire OSX kernel on it. It would also be capable of running most of the other light applications on the system: Mail.app, Finder.app, Dock.app. Developers would be able to compile x64/ARM capable binaries that would be able to take advantage of this low-power processor as well. Twitter.app doesn’t need a full-fledged x64 processor to run. It would be perfectly happy living on the lower-power ARM chip.

The x64 chip would still play an important role. It would be useful for running applications that need more power than the ARM chip would be able to provide: games, web browsing and the like. It also provides the architecture necessary for VirtualBox, Parallels and BootCamp to make the OSX platform more interesting to switchers and those with Windows-only apps.

There’s no reason to think this hybrid approach wouldn’t work. The x64 processor would talk with the kernel running on the ARM chip via one of the many high-speed interconnects available on the Intel architecture. The two chips would share the framebuffer- applications running on the two chips would seamlessly render to the same desktop. They could potentially share the same RAM the same way that two Intel chips running on a motherboard do. Think of it as an “asymmetric multi-processor” setup, versus the normal SMP you’d see in servers.

There are huge advantages to running this hybrid mode. The x64 processor would be able to power down far more than it can now, adding precious hours to the runtime of the system. If users didn’t need anything more than simple ARM-able applications, the system could potentially run on the ARM processor for a significant part of a day. On top of that, there is far less required of the Intel side. The x64 chip could potentially be powered down more aggressively than it is today, adding additional runtime for those who run “legacy” x86/x64 apps.

With this approach, I wouldn’t be surprised if we saw MacBooks boasting 20-hour runtimes when used in low-power mode.