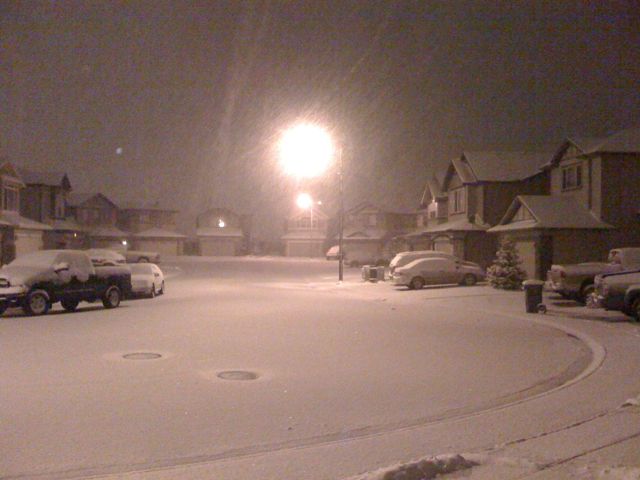 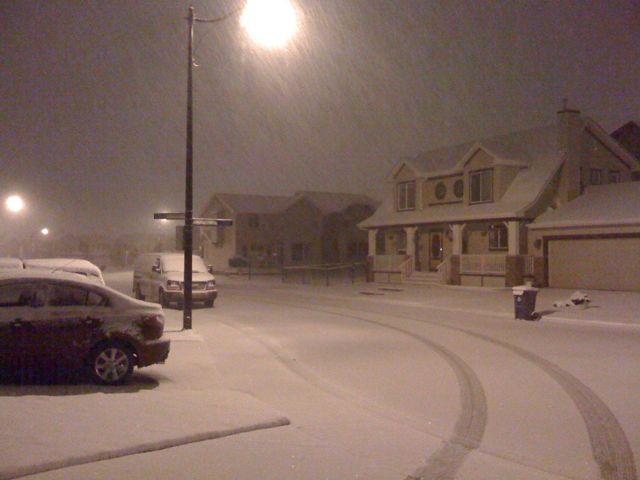 Update: getting heavier now, near white-out at times.  Another shot from the Apple iBlurryCamPhone: 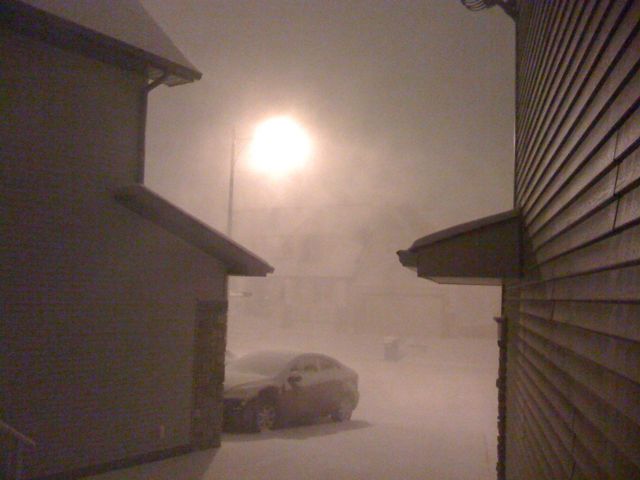 Digg just released a prototype of their optimized data streams.  This this is pretty cool.  It uses MIME multipart HTTP responses to return a stream of responses, dispatching each one as it comes in.  Bugzilla has been using MIME multipart for a while, though only to serve a short “Bugzilla is searching for your bugs” message before returning the actual results.

I’m still digging through it but it looks like a great way to deal with large numbers of resources at pageload time.  As an example, you can batch 50 individual profile images in a single HTTP connection roundtrip to populate your frontpage, versus having to serve 50 individual images, or having to manually stitch them into a single image on the server side.

Assuming you can scale it well on the server, you could potentially multiplex a few long-running API calls on a single stream as well.  As each one is ready, you could then throw it down the pipe and deal with it on the client.

The concept is cool.  There are some limitations obviously, but it’s a fantastic way to deal with bulk data transfer.

More at ReadWriteWeb and Digg the Blog.

The news that Oracle bought Sun caught me off guard.  I was moderately disappointed when they were courting IBM as a suitor, but I would have been more than happy if they had gone through with the deal.  IBM understands open-source and has a proven track record in Eclipse.

The best case scenario for Java would have been a acquisition by  or a merger with RedHat, though that would be very unlikely considering the size of RedHat itself - Sun is almost four times bigger than RedHat.  Out of some of the big software names large enough to buy and aggregate Sun’s high-end open-source assets, Google would have been a great choice.  They have shown a great deal of leadership in the open-source community.  We would have seen a vibrant community spring up out of this - consider how well the large GWT open-source projects are run.

So, what does the future hold for Java now?  I can’t tell, but the I think the best case is status quo for now.  I hope that Oracle spins Java off into its own, independent organization in the future.

If it comes down to it, the community will route around any damage.  It started down that path once before with Classpath and Apache Harmony, but those didn’t turn out to be necessary at the time.  Who knows - maybe Oracle will change through this whole process?  I’m not holding my breath, however.

I’ve blogged about the subject of GWT JVM crashes far too much (here and here).  This is, I hope, the final word on the subject.  I spent some time disassembling the Google Eclipse plugin (did I agree not to do that in one of the EULAs? ;)) and discovered that they are launching the JVM without using the Eclipse infrastructure.  This means that the JVM arguments are effectively hardcoded, except in one case where -startOnFirstThread is passed for OSX clients.  For those interested, the buggy classes of note are GWTDeploymentParticipant and LaunchUtils.

I posted a note on the contributor’s list and received a response from a Googler suggesting that I wrap my Java executable in a shell script.  Not one to shy away from wrapping system executables with scripts, I decided to give it a shot tonight.  My first shell script attempt was a disaster, so I gave it a whack in Python.

This is tested and somewhat guaranteed to work for JVM 1.6 under OSX:

If you have any suggestions on how to improve my Python, I’d be glad to hear them in the comments.

UPDATE: Thanks to Vitali, I got a bash script working as well: