I read all I my feeds through Google Reader. Of all the RSS readers, it is the cleanest and most convenient to use. When I started reading feeds on a mobile device, I was happy to see that the Reader team had put some effort into creating a fantastic mobile experience as well.

There are a couple of minor issues with the product:

Overall, Reader mobile is a great product and I’m glad I have it. I can’t wait until DOM storage or Gears is available on mobile Safari so I can bring all my feeds with me without incurring mobile data use.

My Typo installation has been busted for a while–  I decided I’d bite the bullet and install WordPress.  It’s pretty much the defacto standard for self-hosted blogs and it’s flexible enough for my needs.

This is the fourth iteration of my personal blog.  My first was a hand-crafted news page of posts (using pico and an AIX shell, nonetheless) before blogs were called blogs.

The second was managed using FogCreek’s CityDesk.  CityDesk is a great program for managing simple sites, but its lack of scripting and advanced content management features made it a pain to use.  It also took forever to republish my whole site over FTP.  I couldn’t tell you if the program has improved since I last used it a few years ago.

My third, as mentioned earlier, used the RoR-based Typo blog engine.  It was by far the coolest blog engine at the time, but it ran like crap on my hosted 1&1 website.  Not really anyone’s fault, mind you - having to reload the Ruby VM for every page is not a great solution.

Anyways, welcome to my fourth iteration of the blog on grack.com.  I hope WordPress is a stable and fast platform.  I’ll be updating the theme to be less default-y over the next while, so bear with me.

I’ve been a fan of powerful handheld devices for a long time. I bought a Palm Pilot to help me keep track of my university classes in the 90’s and graduated up to a Treo earlier this decade. The iPhone is the first device out of all of them that makes mobile publishing a breeze (and fun too).

There were a few attempts at blog and twitter integration on the old Palm platform, but networking always felt like it was bolted onto the OS, rather than an integral part of the experience.

My only beef with Apple’s platform is the low end camera included on these phones (and the lack of video support). From what I’ve read, these two shortcomings may be addresses in the rumoured iPhone revision ramp coming in July. 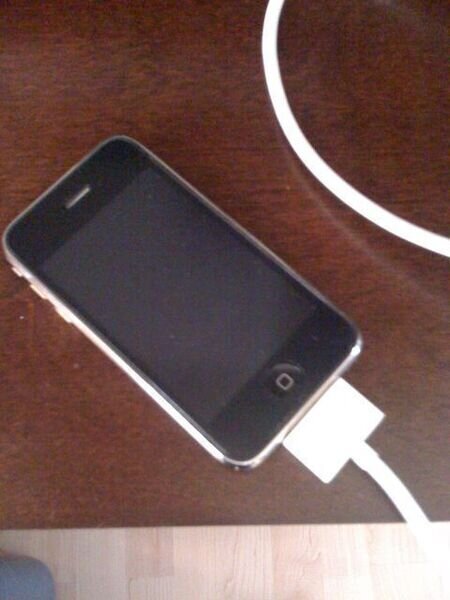 OUR time is rich in inventive minds, the inventions of which could facilitate our lives considerably. We are crossing the seas by power and utilise power also in order to relieve humanity from all tiring muscular work. We have learned to fly and we are able to send messages and news without any difficulty over the entire world through electric waves.

However, the production and distribution of commodities is entirely unorganised so that everybody must live in fear of being eliminated from the economic cycle, in this way suffering for the want of everything. Further more, people living in different countries kill each other at irregular time intervals, so that also for this reason any one who thinks about the future must live in fear and terror. This is due to the fact that the intelligence & character of the masses are incomparably lower than the intelligence and character of the few who produce something valuable for the community.

I trust that posterity will read these statements with a feeling of proud and justified superiority.

Hmm… Google introduced a backlinks feature in the last few days, but it doesn’t seem to work for me on the webmaster tools page.

Does it take some time to show up on older accounts?

UPDATE: Looks like there was a bit of a bug and it was disabled for a short period of time.